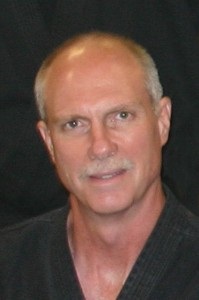 Sensei Roger Lee (Hachidan - 8th degree Master) is the co-founder of the Kenpo Arts Alliance. He started his martial training in 1969 consisting primarily of freestyle wrestling and Judo. His passion led him to the Tracy’s school of martial arts in Louisville KY, where he trained with Jim Stewart and Gary Avery until he reached instructor status in 1973.

Professor Lee moved to southern California and studied Yoga and Tai Chi, while becoming heavily involved with hands-on studies, comparing and assimilating different martial art styles. He later returned to Louisville and reached a rank of 2nd degree black belt in 1979. He decided to take his skills to the ring as a professional kick boxer in the early 80s (PKA and WKA).

Professor Lee is an inductee and a charter member of the Kenpo International Hall of Fame since its inception in Chicago, IL on June 23rd, 2007. In August of 2011, Professor Lee received the prestigious Lifetime Achievement Award for his contributions to the world of self-defense.

Kali - A martial art rooted in Philippines, using weapons according to their unique characteristics.

Rachelle Cassetta has been a student and practitioner since 2006. In 2018, she completed all training for the Security Industry Authority (SIA). She is the owner, operator, and primary instructor with Highland Kenpo, LLC.  Rachelle is also a certified NRA Range Officer, Executive Protection Officer and a Licensed Armed Guard card holder. Her goals are to help all people to feel safe in their own skin and to improve the environment that she shares.